At the well-prepared dialogue meeting at the Talk Town 2018 festival, the organisation Feminist Change has raised the subject of becoming and being old. World’s Women in Denmark have contributed to the joint discussion with a focus on ethnic minorities. You can hear the interview with our representative Olga Fruerlund END_OF_DOCUMENT_TOKEN_TO_BE_REPLACED

On the 13th of January, the action group, consisting of two cars filled with costumes, equipment, New Year’s decorations and not least enthusiasts from our Association Verdens kvinder i Danmark from Copenhagen to Holbæk. Here, we were greeted by several volunteers who had already started decorating the hall at the END_OF_DOCUMENT_TOKEN_TO_BE_REPLACED 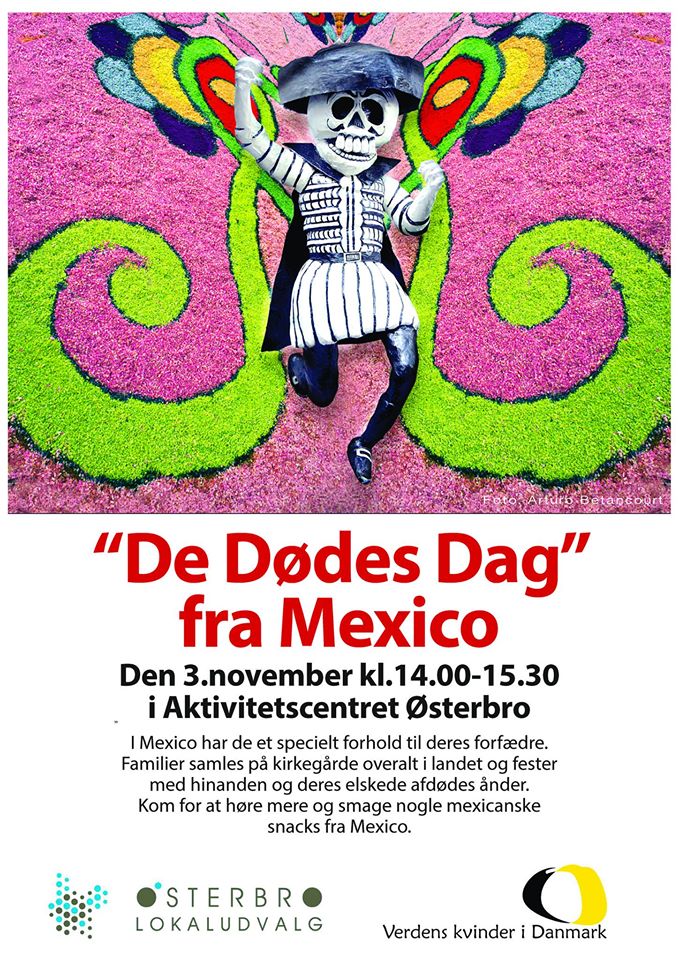 On the 3rd of November Verdens kvinder i Danmark  together with Claudia Adeath arranged an event together  for elderly people – this time in the activity center ( Aktivitetscenret) Østerbro. We visited Thursday-Coffee Table in the Center showed how Saints Day is celebrated in Mexico! Day of the Dead (Día END_OF_DOCUMENT_TOKEN_TO_BE_REPLACED