Our collaborative partner from Kyrgyzstan has now written and informed us of how the money we raised for HIV-positive children in Osh has been spent:

Just before New Years, 15 HIV-positive children visited the Children’s Entertainment Centre, ‘Illusion’, which recently opened in the city of Osh. ‘Illusion’ is the only one of its kind in the region, and the centre offers a wide selection of recreational attractions for younger children and teenagers. During the day of the visit, the children were able to try out different rollercoasters, climb and conquer a volcano, jump on trampolines, play the piano and build a fortress while also experiencing other attractions. In addition to this sea of new adventures, the children really enjoyed the company of one another, having known each other from a very young age. Both the parents and the children admitted to never having experienced this kind of entertainment centre before and they were blown away by the fun they were having! The parents expressed their gratitude to the organisation, as they themselves would not be able to afford to bring their children to the centre on their own due to the pricing of tickets at 450 KGS ($ 6,4). Following three hours of amusement and adventure, lunch was served at the Dolce Vita Café near the centre where the children enjoyed hamburgers and chocolate for dessert. After lunch, the children were photographed in different spots throughout the city centre. The parents have informed us that their children are still sharing photos and memories of the day amongst themselves.

The day took place on the 27th of December, however as some of the children invited were unable to participate due to the flu, we will be arranging similar days during the school holidays in spring.

The staff at ‘Info-Centre Rainbow’, the HIV-positive children as well as their parents, would like to express their gratitude towards members of The World’s Women in Denmark. They send a big thank you for this priceless New Years gift and for the care shown for the children. 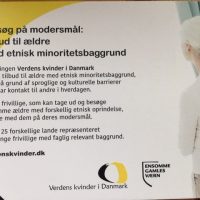 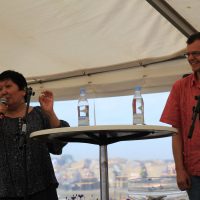 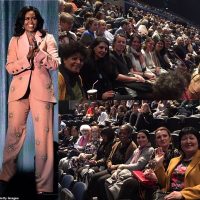 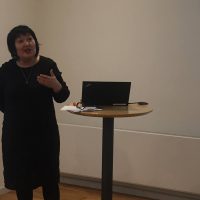